The answer to the question of whether or not you can become a police officer in New Jersey with a criminal record is: it depends.  Roughly half of the law enforcement agencies in New Jersey fall under the Civil Service regulations contained in Title 11A (Department of Personnel), while the other half hire in accordance with their local ordinances or regulations.  Each of these jurisdictions and police departments have their own guidelines and eligibility requirements for police officers.  In addition, state and local police departments possess a large degree of subjectivity with respect to the eligibility of applicants with criminal records.  Thus, it is virtually impossible to know whether or not your criminal record will disqualify you from being a police officer.

In general, however, those with a felony conviction on their record will most likely be prohibited from becoming a police officer.  Those with a felony arrest that resulted in a dismissal or a guilty plea to a lesser offense, however, may still be eligible to become a police officer.  With respect to misdemeanor convictions, those with certain misdemeanor convictions on their record may also still be eligible to become a police officer.  Most departments, however, would disqualify a candidate for a serious misdemeanor conviction involving violence or for an offense involving moral turpitude (such as theft or perjury).  In most instances, juvenile adjudications (even for those that would be equivalent to adult felonies) and diversionary offenses (such as Pre-Trial Intervention and Conditional Discharge) would not be automatically disqualifying.  In short, whether or not your criminal record will prevent you from becoming a police officer will depend on the agency you are applying with and the nature and age of your offense(s).

As employment criteria varies from department to department, however, it is best to try to obtain as much information as possible from the recruiting department of the police department where you are applying for a position regarding their criteria.

What Effect Does Expungement Have?

In New Jersey, when applying for a position in law enforcement, even after your criminal record has been expunged you are still required to disclose your record and law enforcement agencies will still be able to see the expunged records. See N.J.S.A. 2C:52-27.

Second, a police department simply won’t hire an individual whose criminal record has not been expunged.  The expungement lawyers at Katherine O’Brien Law have represented many clients who were in the process of applying to become police or other law enforcement officers.  Many of these individuals were told directly by the hiring authority to have their criminal record expunged and then to apply for the position.  The reason why police departments do not want their law enforcement officers to have criminal records is simple: it creates police credibility problems in court.  Under the rules of evidence, any witness that has been convicted of a crime can be questioned about it.  Thus, a police officer with a criminal record can interfere with a criminal prosecution since the jury may find it difficult to accept the testimony of a police officer with a criminal record.

Moreover, anyone is able to check to see if a police officer has a criminal record by running a background check on them or by filing a Freedom of Information Act (“FOIA”) request.  Once their criminal records are expunged, however, the information will no longer be publicly accessible.

Know What Is On Your Record Before You Apply

Before you apply to become a police officer, if you are unsure of what is on your record, it is vital that you find out exactly what is on your record and that you disclose everything — regardless of whether or not your criminal record was expunged.  Not only are you under a legal obligation to disclose your expunged criminal record when applying for a position in law enforcement, but it is best to disclose your entire criminal record during the hiring process anyway as the expunged records are almost certain to be revealed through the background check.  In fact, the most common cause applicants are rejected is due to their failure to accurately disclose their criminal record.

If you have further questions about how your criminal record will affect your eligibility to become a police officer in New Jersey, contact the New Jersey expungement attorneys at Katherine O’Brien Law.  We have handled numerous expungements on behalf of clients who were in the process of becoming law enforcement officers.

Contact us today for a free Expungement Analysis by calling us at 856-832-2482 or by filling out our Expungement Interview Form. How to Get Your NJ Arrest Records 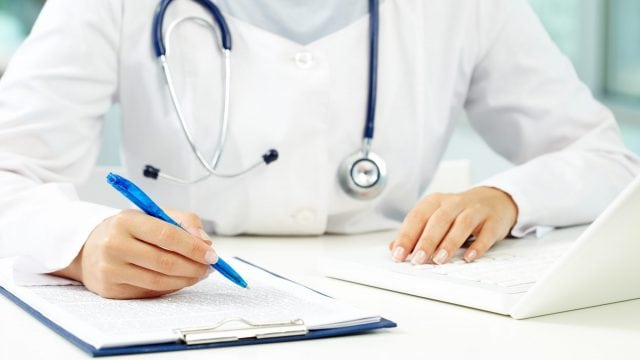