If you wish to undergo a New Jersey name change for religious reasons, you might be wondering what the New Jersey name change process involves.  A formal legal name change application in New Jersey usually takes between three to four months and involves a court appearance.  The name change procedure will be initiated by the filing of a Complaint for Name Change in the New Jersey County in which the petitioner (the person seeking to change their name) currently resides.  Thereafter, the petitioner will have to comply with various notice and newspaper publication requirements (both before and after the hearing) and also attend the hearing, at which time the court will either grant or deny your name change request. In your Complaint for Name Change, you will need to set forth the reason you are requesting the name change.  For those who wish to change their name for religious purposes, you might want to change your name after converting to a new religion or just to honor your current religion.  A broad explanation to that effect will suffice for purposes of setting for the reason for your name change in the complaint. In general, a court is not too concerned with the actual reason why you want to change your name.  They simply want to make sure that the real intent behind your name change is for some fraudulent purpose, such as to avoid a criminal prosecution or creditors.

For some of those who pursue name changes in New Jersey for religious reasons, a name change can indicate a new life, or a new beginning.  It is therefore common for religious converts undergo a name change on conversion.  They may choose to assume a new name in order to signal their new religious beliefs.

Different faiths have various customs and traditions with respect to whether or not converts are mandated to undergo a name change.  Often, however, this decision is simply a personal choice.  Below is a brief explanation of the various traditions of the most popular religions on religious conversion name changes.

In most cases, conversion to Christianity would simply involve the personal decision to identify as a Christian and baptism as a symbol of conversion.  Historically, the practice was to take on a new name during baptism or confirmation.

Although it is not necessary, those converting to Islam frequently to take on an Islamic name in order to make a new beginning in their lives.  Such a change in name might formally be required, however, in those situations where the individual’s original name goes against Islamic teachings.  A well-recognized example of an Islamic religious convert name change is that of Cassius Clay adopting the name Muhammad Ali after conversion to Islam.

For a Jewish convert, a name change symbolizes the acceptance of the religion and a new identity.  It also evidences intent for long term commitment to the faith.  While there are various views among the Jewish relating to conversion and the particular process will vary, Judaism requires that parentage be identified in formal situations.  Since a convert is akin to a newborn, this will usually be accomplished by naming the convert “Son of our Father, Abraham” or “Daughter of our Mother, Sarah.”

Although there is no mandatory process for conversion to Buddhism, many converts undertake a ritual known as “’taking the three refuges.”  During this ceremony, the Buddhist teacher usually gives the convert a new “Dharma name.”  These names are usually given in the language of the tradition.  Thus,  This ceremony usually includes the convert being given new ‘Dharma name’ by a Buddhist teacher or monk, Tibetan Buddhists will be given a Dharma name in Tibetan, while Zen Buddhists while be given a Dharma name in Japanese.

Those wishing to convert to Hinduism are simple required to accept and live by the belief of the Hindus.  Often, Hindu converts decide to change their name upon conversion to a name associated with the branch of Hinduism they belong to.

If you have questions relating to a New Jersey name change for religious reasons, contact the name change attorneys at Katherine O’Brien Law today for a free consultation at 856-832-2482. 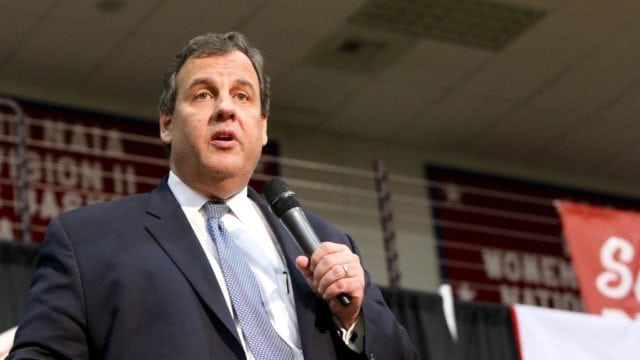 How to Expunge Your Criminal Record in Gloucester County